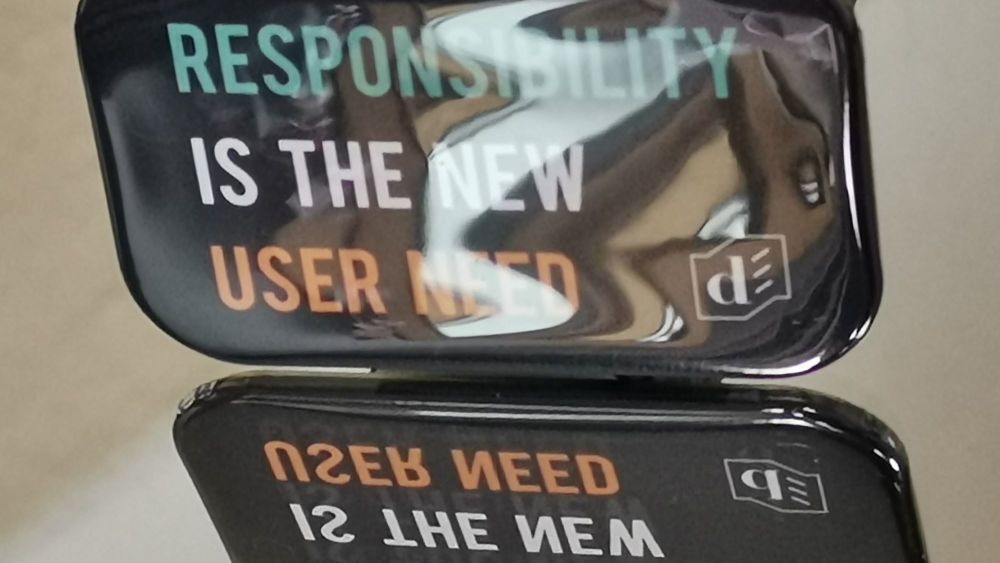 What does Responsible Tech mean, and what does the industry need to do to make it happen? There is a great deal to do to win back the trust of the public, regulators and legislators and so enable the innovations that could have widespread positive impact on society. This means asking hard questions, changing behaviours and communicating more effectively.

Responsible technology was not a phrase you heard much 18-months ago – but now it is on everyone’s lips. Last week I attended the Responsible Tech 2019, hosted and curated by Martha Lane Fox’s organisation Doteveryone. The one-day conference was packed with examples and exhortations to change the way technology companies act. What has brought this on? Well certainly there was agreement that the tech sector had its own ‘annus horriblis’ in 2018 with a string of exposés and crises leading to a significant “unravelling of trust in our sector” to quote Lane Fox. But, perhaps it is more than just a reaction to recent news. When I asked Jeremy Silver, CEO of Digital Catapult if it was not just a case of a few bad apples polluting the barrel, he replied that it wasn’t so much “one bad apple in the barrel, but most of the trees in the forest,” that were the issue.

So, it seems that among this group at least, there was a recognition that the tech sector had to change if it was to continue to prosper – and importantly, win back the trust of citizens, customers, regulators and policy makers. The undercurrent to the whole event was that tech can solve many (but not all) of the big issues that face society, but only if it gets its own house in order, rethinks ‘Why’ it does things and works in concert with society to deliver real value.

The problem came when discussion turned from aspiration and vision to practicalities. Diversity is a key concern, and speakers including Mark Martin, co-founder of UK BlackTech as well as being a secondary school IT teacher; and Dr Anne-Marie Imafadon co-founder of STEMettes, told eloquent and effective stories of grassroots schemes to attract and support individuals from the BAME population and girls to succeed in technology careers. Martin saw the potential to make the UK “the most diverse tech sector in the world”. But these schemes must be supported and extended to bear fruit – so far things are still very stale, pale and male in the industry. Martin quoted research showing zero-percent of UK born BAME leaders in the UK tech industry – a truly alarming stat.

On the product side there were many calls for better product design with greater care taken over the consequences of technology adoption. Many speakers called for formal consideration of potential unintended consequences as part of the design processes – perhaps even a Hippocratic oath for technology to ‘first, do no harm’. One of the issues identified was that the speed and impact of tech was now so large that processes and systems needed to be altered to create time and opportunity to ask difficult questions and ensure that there were motivations to make the right choice and consequences to pursuing behaviours that are damaging to the wider public good.

However, there were few concrete ideas as to how to accomplish this. More importantly, the big technology monopolies were conspicuous by their absence at the event. Without the market, financial and political power of the Facebooks, Amazons and Googles of the world (who are certainly among the offenders) little is likely to change even if workable and effective approaches can be found.

So, is there a future for responsible tech? The answer is that there must be. Rt Hon, Jeremy Wright, Secretary of State for Digital, Culture, Media and Sport, in his keynote at the event not only reiterated the Government’s position that “Technology companies must do more” to ensure the safety and fairness of technology but talked of ‘New rules of the road’ to balance the impact of innovation. It is also clear that the public’s trust needs to be won back if technology is to be embraced and allowed to deliver on its promise.

Rashida Richardson of the AI Now Institute at New York University made the key point here – the industry needs to be honest about what problems tech can actually solve. Over-claiming and under delivering has always been an issue for the sector, but now the impacts are so vast it is not just disappointments that result, but potential damage to significant sections of a society.

And this leads to the role of communications in creating a virtuous cycle for responsible technology. It was strange that communicating technology did not feature in the conference presentations. When I discussed it with people, most agreed that the industry needed to get better at telling its own story in more credible and compelling ways.

There were concerns that overly positive stories now could be the tech equivalent of ‘green washing’ or virtue signalling to distract from the negatives. Both are valid points, but by asking the difficult questions from communicators view can instigate internal reviews that not only find answers but suggest alternative approaches or behaviours.

The current narrative needs to be rebalanced – and to an extent, detoxified. This means engaging – creating alternative, credible narratives that inform and begin to change perceptions. It will not lead to overnight change, but unless the industry starts to communicate in a more responsible, considered and considerate way, others will continue to tell the industry’s story, and paint it in a less flattering light.

There is competitive advantage in this too. Consumers are increasingly looking for alignment of values and purpose with the companies from which they choose to purchase. Even smaller, early stage businesses can win against established behemoths if they explain and demonstrate mutually helped values through their communications.

Rachel Coldicutt, CEO of Doteveryone, called upon the delegates to “Make 2019 the year in which Responsible Technology becomes the new normal.” For this to happen tech companies of all sizes need to act differently, but also communicate differently.